More Independent Evidence of the Value of Functional Saddling.

Category: Thoughts from the Keyboard

On the 16th of April, which was the 28th anniversary of the launch of the BALANCE Organisation, I used our Facebook Page to reveal a short film that has been made about a research project, comparing the way horses move in their own, conventionally fitted saddles and saddles used as part of a Functional Saddling method, AKA the BALANCE Saddling System.

It seemed important to me, that the results of this project are shared and made public.

I recently saw a post on Social Media sharing the results of another project done using computer aided diagnosis of bio-mechanics, which suggested that using saddles that are fitted wider than the horse impacted on their movement, in a negative way.

I can’t argue with the conclusion that the author of this project came to.   Using saddles that are wider than the horse’s current shape can create problems, but of course, the wider saddles in this study were not being used in the way that BALANCE advocates, but just with one layer of saddle pad underneath.  It doesn’t take a genius to know that this will cause the saddle to be out of balance and creating high pressures under the front of the saddle and a lack of contact at the back.

What concerns me, is that unless clarified, this could lead to horse owners mis-interpreting the results of the study, and completely rejecting the idea of using saddles that are deliberately chosen in widths that are in keeping with the shape of the engaged back, which will always be wider than the static, disengaged posture.

It’s the horses who will lose out, if this happens.

So, I hope that in publishing this little film about this small, but significant research project, it will help to clarify the following point:

That there is great merit in using well-designed saddles in widths that most conventionally trained/qualified saddle fitters would reject as being too wide for the horse, when used in conjunction with an equally well-designed padding system, that provides the important, protective and allowing interface for the horse to engage up and into.

Neither the research, nor the subsequent film about the way the project was done, were undertaken to promote BALANCE saddles.   The make and manufacturers of any of the saddles used in the data gathering are unimportant.  It’s the method of saddling that is being compared. 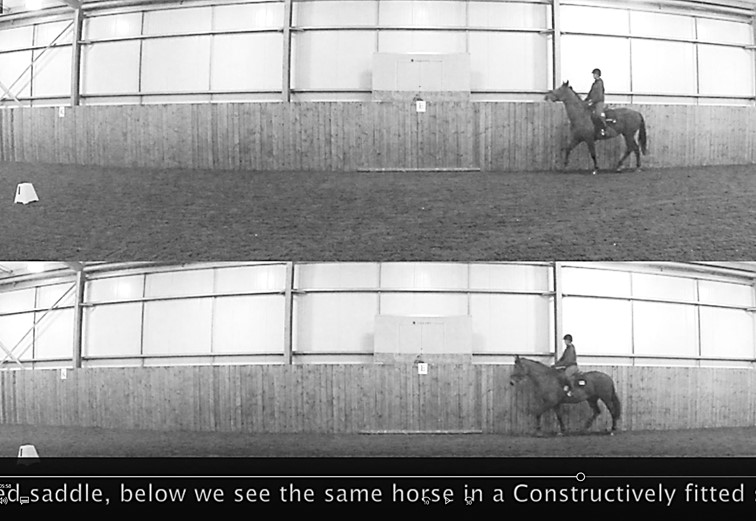 The image to the left is of one of the horses used in the data gathering.  In the top, you can see head tossing, mouth resistence, reactive and general tension in her own saddle.

Once changed into a saddle and pad combination acceptable as an example of Constructive & Functional Saddling, she started to relax and move with more confidence and range.

As Gabby says at the end of the film, it would be very good if a study could be done over a longer time period.

The longer term benefits of using Functional Saddling are even more impressive than the instant improvements to movement and organisation that we are used to seeing during Saddling Consultations, when horses are allowed to try this alternative approach for the first time!

I know that, no matter how much evidence is produced, conventional saddle fitting will continue to be a popular choice for a lot of horse owners.   I have no ambition to eradicate it, because there will continue to be many riders who cannot, or won’t be able to accept anything else.

What I do passionately care about is, that what we (BALANCE) refer to as Functional Saddling, is widely accepted and encouraged as an alternative and liberating approach for those people who want it for their horses.

It would be wonderful to see a wider range of saddles that have the design features and the widths needed to use as part of a Functional Saddling approach. 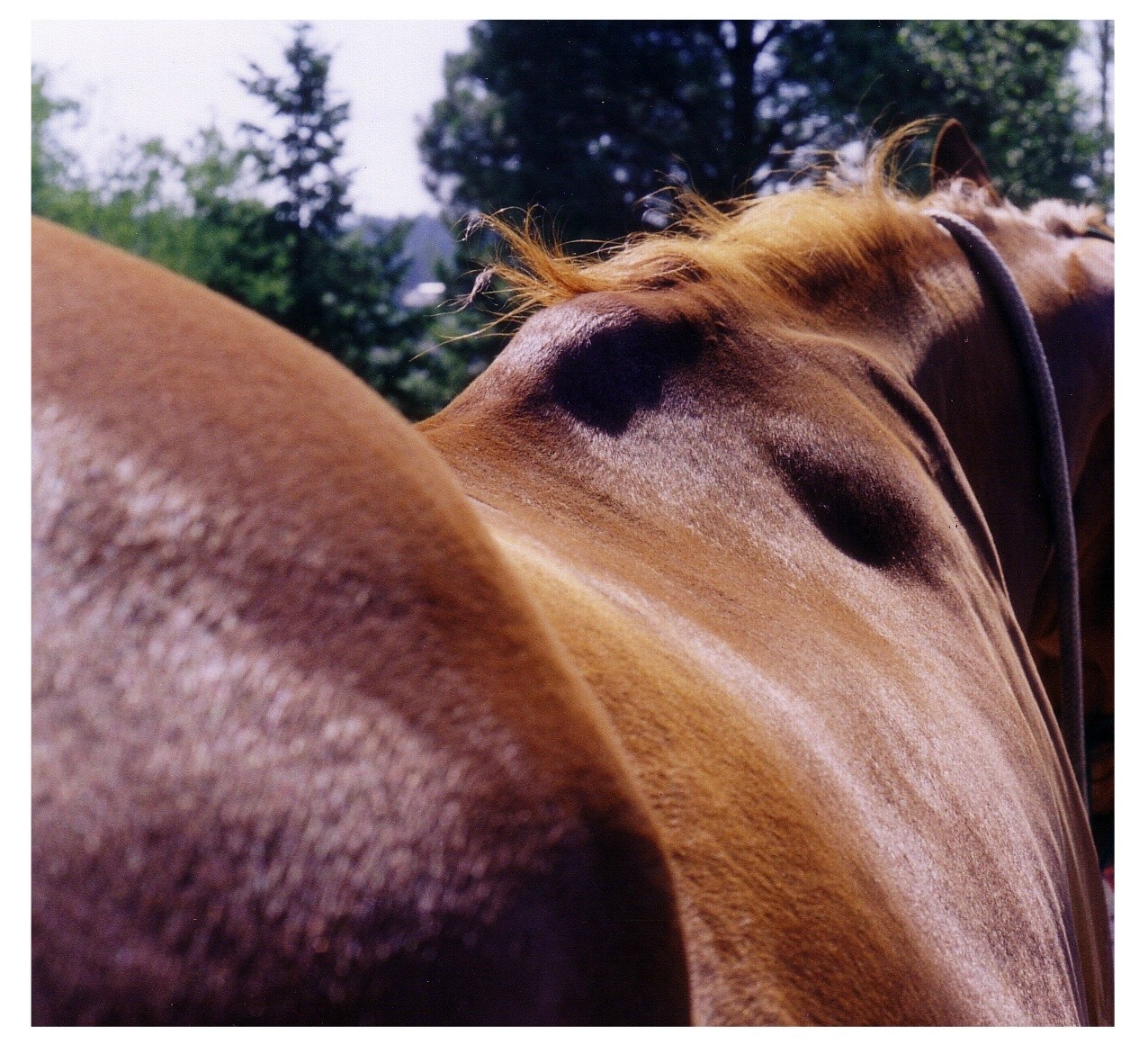 Things are improving in the saddle industry, but there is still much work to do while horses are still being fitted in narrow and medium width saddles, and increased atrophy of muscles is still accepted as normal as in the photo of the Chestnut horse to the right!

Whenever I have explained the BALANCE Saddling System to engineers, scientists and physical therapists who have not been indoctrinated by the horse industry, they see it as completely logical.   They ask me … ‘How else would you fit saddles?

A question that I have been trying to figure out for the past 28 years!

If you haven’t already seen it, I will include the link to the video below, which is on our YouTube Channel.